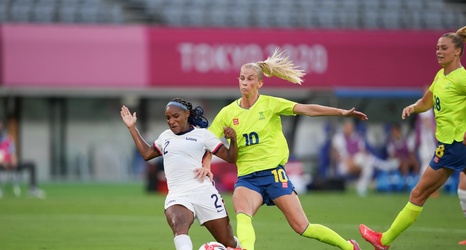 The USWNT were humiliated in a 3-0 loss to Sweden in their Olympic opener, ending a 44-game unbeaten streak. It was also the first time in 73 games they failed to score a goal. In a post-game interview US forward Megan Rapinoe didn’t hold back the criticism: “We got our asses kicked, didn’t we?” The questions have begun - how does the USWNT fix their problems before the next game?