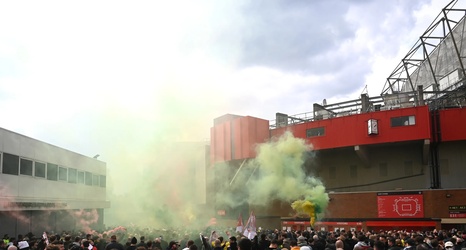 For a decade or more there has been a growing body of Manchester United fans that want the Glazer family to sell the team. Things came to a head on Sunday as thousands of fans protesting at Old Trafford stadium, caused the game between Man U and Liverpool to be postponed. [ESPN] / [BBC]

Groups broke inside the stadium twice and stormed the pitch, damaging and allegedly stealing property. Retired MU veteran Roy Keane said “fans had reached the tipping point”, while the Guardian calls it an “expression of powerlessness” from fans.