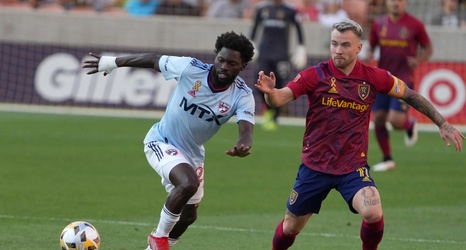 Real Salt Lake pulled off a win at home tonight after going down 1-0 early in the first half. They scored three straight thanks to Justen Glad, Jony Menendez, and Albert Rusnak, hanging on for a 3-2 win. The victory keeps them above the playoff line for the time being, just one point ahead of eighth-place Vancouver.

Dallas opened the scoring in the 19th minute thanks to a well timed pass from Jesus Ferreira in behind the defense to Franco Jara. Jara let a shot rip and it sailed past Andrew Putna, putting the home side at a disadvantage early on in the game.