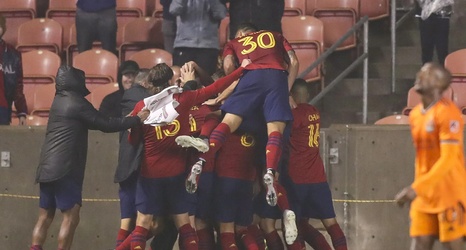 Zac MacMath - 5 Houston took a lot of shots and only one was on frame. That one was the one that got tangled in MacMath’s legs and ended up in the net.

Donny Toia - 6 Toia had a few plays that were pretty impressive as well as one or two that were soft giveaways. He was in the mix on Anderson’s goal and was credited with a secondary assist.

Toni Datkovic - 6.5 Outside of some messy zonal marking, Datkovic had a really nice showing in the back making plenty some savvy plays to stop Houston.