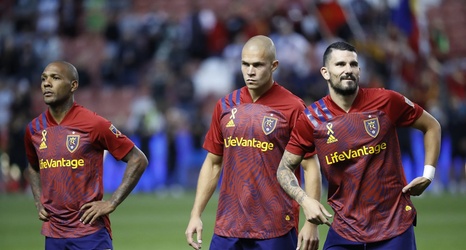 David Ochoa - 6 It’s pretty hard to argue with a shutout against Seattle. Ochoa was alert and made saves when needed.

Toni Datkovic - 5.5 Toni played a solid game in a modified role. He did not stand out, but he did what was needed of him.

Erik Holt - 6 Holt played to his strengths and got his first win as a starter. It was very likely his best game for RSL from the starting whistle to the end.

Justen Glad - 6 Glad is in a great run of form playing a leading role in the back and making some key steps at key times.