MLS complete their investigation into Andrew Putna and issue statement 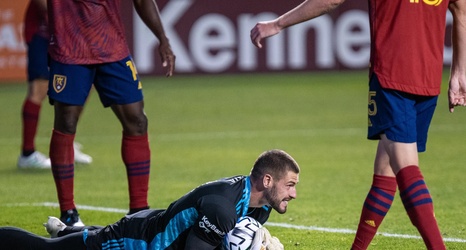 Major League Soccer have released a statement in regards to the allegations of racist remarks from Real Salt Lake goalkeeper Andrew Putna.

The league concluded that Putna made derogatory remarks in regards to a teammate’s national origin at training. MLS is requiring that Putna undergo diversity and inclusion training before he can rejoin the team. Real Salt Lake have confirmed that Putna is not currently in market.

Putna’s future at RSL remains unclear. From the statement above, it seems that the league is considering his time away from the team during the investigation to be the sum of his punishment.