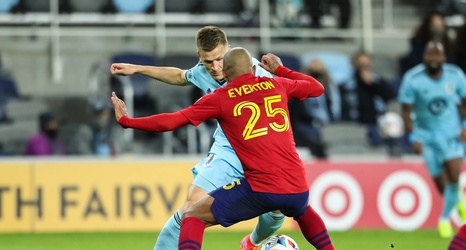 In what is news that could have significant implications for Real Salt Lake, midfielder Everton Luiz has been ruled out of today’s match against Sporting Kansas City with a potential MCL issue.

In the pre-match broadcast, RSL coach Freddy Juarez indicated Luiz’s having been ruled out was precautionary, emphasizing a lack of certainty in the diagnosis.

Luiz, 32, started against Minnesota United last week. The injury appears to have taken place during training this week.

Nick Besler is starting in Luiz’s stead against Sporting Kansas City, but a larger question remains hanging: What does the midfield look like without Luiz?