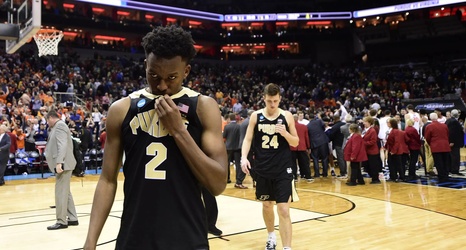 His shot and scoring never fully came around, but Eric Hunter Jr. was something of a revelation on the defensive end.

For a freshman that barely broke the 150 lbs mark, Hunter made his mark for Coach Painter’s squad by playing tough, relentless defense.

Hunter was never spectacular this season. That wasn’t the point. Despite finishing his high school career with over 2500 points, his scoring never really popped. He struggled shooting the ball from three - 10 of 46 - on the year, and turned the ball over at a nearly 20% clip.