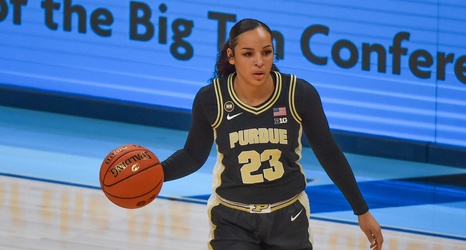 After the season concluded, a total of 5 Boilermakers put their name in the NCAA Transfer Portal, now three of them have found new schools. Former Boilermaker Kayana Traylor announced via Twitter that she will be committing to Virginia Tech for her final two years of eligibility.

This comes off the heels of Karissa McLaughlin going to Marquette and Fatou Diagne moving down to Houston, both of which are graduate transfers. Traylor finished up her junior season this past year and was set to be a big piece for the Boilermakers, but has now chosen greener pastures.