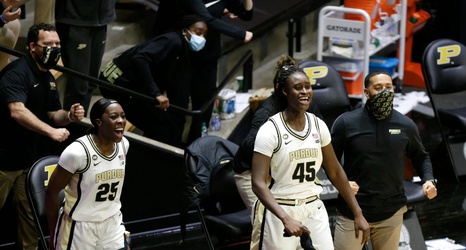 A week after former Boilermaker Karissa McLaughlin committed to Marquette, Fatou Diagne has now announced she will be going to the University of Houston as a graduate transfer.

Diagne was Purdue’s post presence this past season averaging 8.5 points and 8 rebounds per game for the Boilermakers and was named an All-Big Ten Honorable Mention for her performance. She took a big leap and progressed nicely as her career progressed, going from 3.5 points and 4.1 rebounds as a junior to her stellar senior year.

It will be a tough task to replace Diagne as she was a large piece of the small amount of success the Boilermakers had this past season.