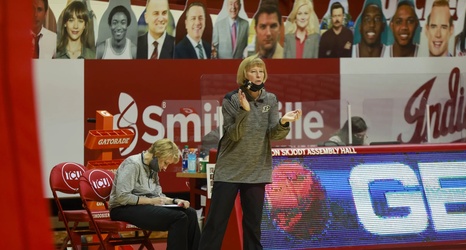 Yesterday, it was announced that Fatou Diagne, who was in the transfer portal, officially left the Purdue program for Houston. Today, Purdue is already looking to find her replacement as Northeastern transfer Mide Oriyomi will be bringing her talents to West Lafayette next season, per the Purdue Women’s Basketball website.

Oriyomi had a great sophomore season with Northeastern, scoring 11.6 points and 7.7 rebounds a night, and was named Third Team All-CAA this past season. The Ontario native brings a much needed forward into the fold after Diagne and Tamara Farquhar entered the NCAA transfer portal.

Before the addition of Mide, Purdue’s frontcourt was extremely thin with only Rickie Woltman and Nyogoa Gony on the roster at this time.