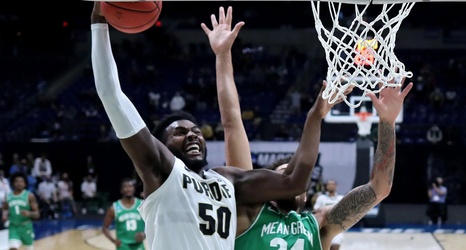 Purdue’s stud big man, Trevion Williams announced that he will put his name into the 2021 NBA Draft to receive feedback, while still being eligible to return to the Boilermakers for his senior season.

He is now eligible to participate in the NBA Draft Combine if he is invited from June 21st through June 27th. After the combine, he will make his decision by July 19th on if he will continue the NBA Draft process or withdraw and return to Purdue.

This is a win-win for all parties involved, as in all likelihood Trevion will be back with the Boilermakers next season.