Purdue to Name Field at Ross-Ade 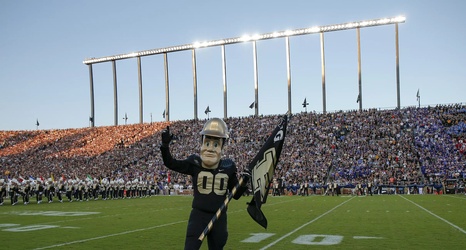 Last night, Purdue released their agenda for the Board of Trustees meeting that will occur this Friday, December 6th. Now, normally we don’t report on the general business of the BoT (even though we all know you’re captivated by their meetings), but there was an interesting item on the agenda that some folks on Twitter noticed:

Purdue Board of Trustees have "Approval to Name the Ross-Ade Stadium Football Field" on the agenda for Friday's meeting.— ISC Purdue (@ISC_PU) December 5, 2019

It’s unclear at the moment who or what the field at Ross-Ade will be named after, but as the Journal & Courier reported yesterday, it seems like a large donation is involved.