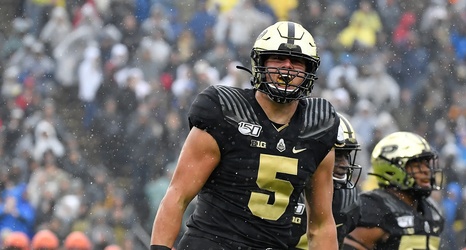 Rondale Moore was Purdue’s best chance to have a player taken in the first round in some time, but he’ll have to wait until tonight to here his name called. While I think Moore is a first round talent, he doesn’t have a first round body (in terms of size). When you pair that with a questionable injury history, and limited film, you get a second round pick. The last Boilermaker drafted in the first round was Ryan Kerrigan, who was selected 16th by the Washington Redskins in 2011. That’s a long drought, and indicative of Purdue’s struggles over the last decade.