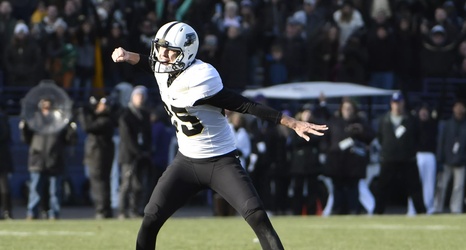 Outside of J.D. Dellinger, Purdue has only one other kicker on roster, a walk-on from Chesterton, Indiana.

Well, now they may have their kicker of the future, with Caleb Krockover.

Caleb has been the kicker for the explosive West Lafayette Red Devils for the past few seasons. He actually has the state record for points by a Kicker.

Sure, they scored lots of touchdowns making PATS easy, but he has also made some extremely difficult kicks during his High School career.

With only one other kicker on roster as competition, Caleb will have a legitimate shot of being the starting kicker in 2021, once J.