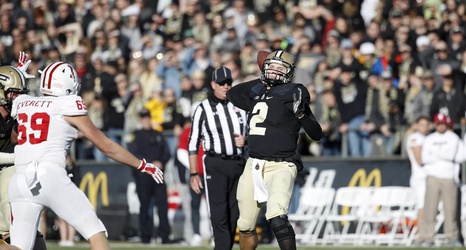 According to Mike Carmin from the Lafayette Journal and Courier, Elijah Sindelar has been granted a 6th year of eligibility.

What does this mean? Well, it appears that the transition to the next quarterback will not be nearly as bumpy, as he will be on campus a year longer now.

Elijah, who lead us to a bowl victory in the 2017-2018 season was hindered by an ACL he sustained during Jeff Brohm’s first year as our head football coach. After David Blough was lost for the season, Elijah played through the injury and got us bowl eligible.