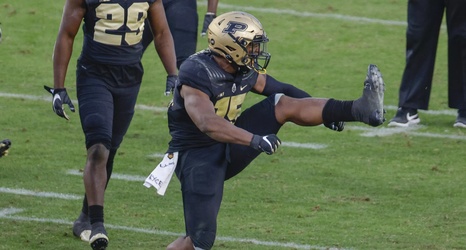 Brian Brohm was named the National Coordinator of the Week, after stepping in as the Interim Head Coach for the week and calling plays in lieu of Jeff Brohm being absent due to Covid-19 Protocols.

Brian lead the Boilers to a come from behind win, beating the Hawkeyes, 24 to 20 with a solid second half.

While Jeff is back this week, I personally loved the way Brian called the game last week. The run game struggled in the first half, but he stuck with it. The 10 man rotation on the offensive line (something I never thought I would say) wore on the Iowa defensive line.