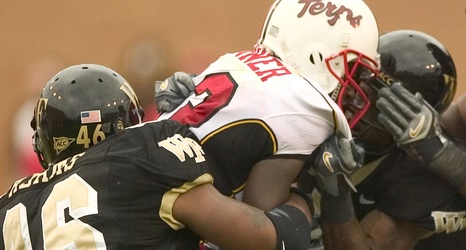 This will be Adams’s third job in as many years after spending a year at Navy and a year at Western Michigan. He was the defensive backs coach at both schools. Prior to Western Michigan and Navy, Adams was on the initial University of Charlotte coaching staff in 2011 and was retained by former Charlotte head coach and current Purdue defensive coordinator Brad Lambert in 2013.