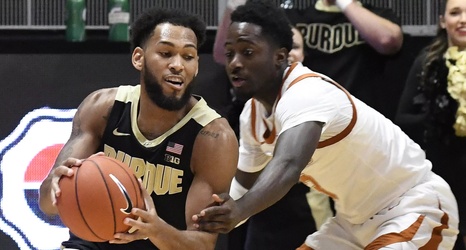 Reason: Jelly struggled offensively the first two games scoring a combine 12 points. Against Texas he picked his game up, passing the ball better and rebounding better after a sub-par game against Greeen Bay, in which it looked like his wrist was bugging him.

After one week, it appears the jump shot looks better, but will come in time for gameplay. He was not shy about attempting it, which means it is going down in practice. When he makes a 3, Mackey may go crazy like when Ben Simmons hit a three for Philly

Reason: Is Jahaad our best player?