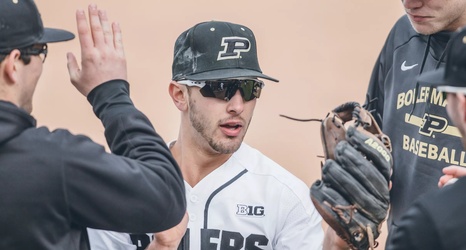 Purdue’s offense, or lack thereof, has been the story for much of the season. The pitching has mostly settled in and indeed had a solid weekend aside from the first inning today. Over 27 innings Purdue gave up just 10 runs to Rutgers, but Purdue scored just seven as the Scarlet Knights won two of three.

For the sixth time this season Purdue was shutout as the offense managed seven hits, but could not get the critical hit it needed. Harry Rutkowksi scattered six hits over 8 innings of shutout ball and Serafino Brito pitched around a ninth inning hit to earn the save.