Purdue at the FIBA U19 World Cup 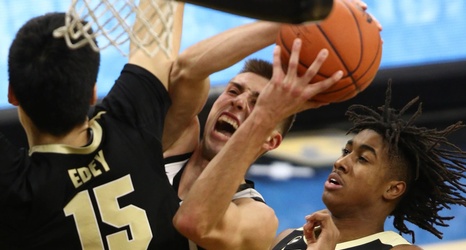 All Purdue basketball fans have their eyes on Latvia this week as nearly a quarter of the Purdue roster is taking part in the FIBA U19 World Cup. Zach Edey will represent Team Canada while Jaden Ivey and Caleb Furst will represent the United States. Purdue has had a player receive a medal in the last three editions of this tournament, as Trevion Williams won gold in 2019, Carsen Edwards won bronze in 2017 (and Canada won gold), and Caleb Swanigan won gold in 2015.

We’ll have coverage all week, and here is the schedule: