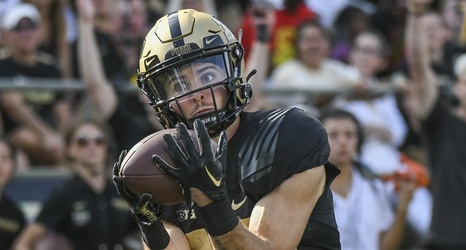 Purdue took out their frustrations of last week’s season opening loss to Penn State out against Indiana State on Saturday. The Boilermakers stomped their in-state opponent in a lopsided 56-0 game at Ross-Ade Stadium.

Today was the type of performance that should be expected out of Purdue against any FCS opponent. After disappointment of the home opener, Purdue was hungry and pissed off. Unfortunately for Indiana State, they were on the wrong end of an absolute beating.

In every facet of the game, Purdue was dominating. There is not a part of this game where you can say they need to improve moving forward.