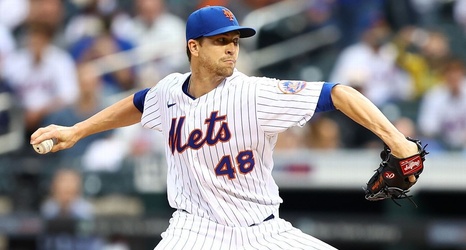 DeGrom faced the minimum against the San Diego Padres and had thrown just 80 pitches before being lifted. Manager Luis Rojas met with deGrom in the dugout after the sixth and shook his hand, signaling his night was done.

DeGrom had a no-hitter until Wil Myers beat the shift with a weak grounder in the fifth.