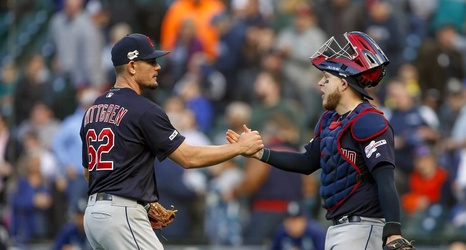 The current incarnation of Purdue baseball may be struggling a bit, but up in the majors the Cleveland Indians are getting a nice early boost from a pair of former Boilers. On Saturday night Kevin Plawecki caught a perfect ninth inning from Nick Wittgren as Cleveland beat Atlanta 8-4. It was the first time Plawecki had caught Wittgren since the 2012 NCAA regional loss to Kentucky in Gary.

How rare is an event like this? Well, according to Purdue baseball’s Twitter this is the first time Purdue alums have been teammates at the Major League level since 1964.