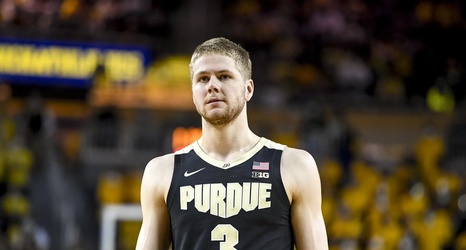 As a rather large roster turnover happens this offseason for Purdue men’s basketball, there are also a few changes in jersey numbers. Purdue basketball announced these new numbers and changes via Twitter over the last week or so. Here’s a look at the returning players who are swapping numbers and what number the incoming players will be wearing as well.