Iowa at Purdue: What We Learned 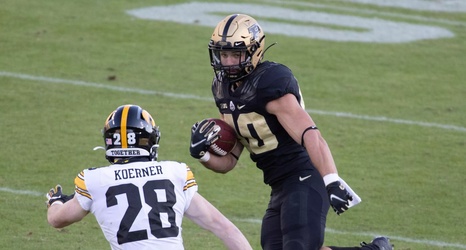 Purdue’s come from behind and then hold onto the lead victory was a welcomed surprise for a Boilermaker football program that hasn’t done much winning over the last decade. The start of the Big Ten season looked like it wasn’t going to happen for a long time, and teams had just three and a half weeks to prepare for the in conference only slate of games.

Purdue was without All-American and human canon Rondale Moore after his shocking return to the school after initially declaring his intention to sit out the season and prepare for the NFL combine.