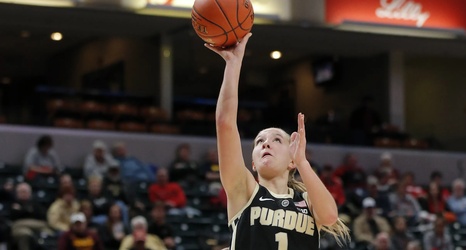 When Karissa McLaughlin announced her decision to transfer from the Purdue Women’s Basketball program, many believe she would be highly sought after by top programs. It would appear they were right as she has committed to the Marquette Golden Eagles as a graduate transfer.

This is a very good get for Megan Duffy and Marquette as their leading scorer Selena Lott appears to be headed for the WNBA Draft. Along with Lott, their second-leading scorer Lauren Van Kleunen is a redshirt senior but there is no word on whether or not she would use her extra year of eligibility next season.