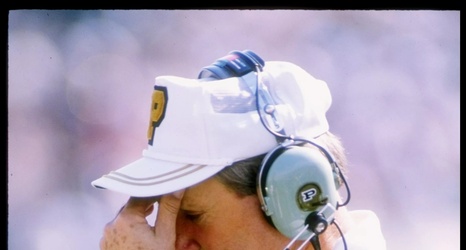 On September 19, 1987 Fred Akers coached his first home game at Purdue. In an ironic twist to the current day, Purdue’s opponent was Louisville, the first time the Cardinals and Boilers met in football. Current coach Jeff Brohm was two years away from making his debut for the Cardinals as a player, so he was likely being recruited at the time but Louisville coach Howard Schnellenberger was likely already recruiting him. The game ended in a 22-22 tie, the last time ever Purdue would tie a non-conference opponent.

It was also the first Purdue game I ever attended.