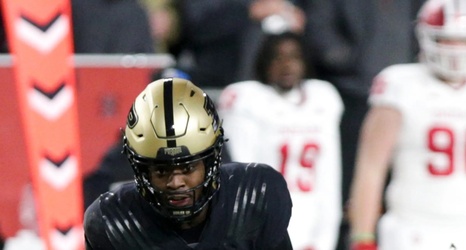 Can a Boilermaker help turn around a cursed franchise? The good news is that David Bell was drafted to a team that can almost immediately use his talents. The bad news is that team was the Cleveland Browns. Bell was the 99th overall selection in last night’s NFL Draft, putting him later in the third round as a compensatory pick.

Because of the number of receivers that left the Browns David should have every opportunity to contribute immediately, they have a quarterback situation where their new free agent may not be able to play much for a year.