Coach Jeff Brohm just got PAID. He is worth every penny. 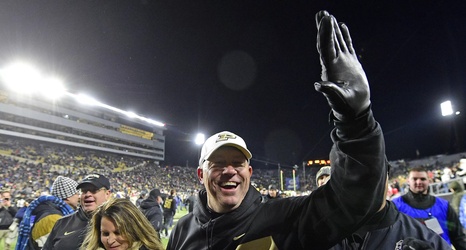 Jeff Brohm was all but out the door headed to his Alma Mater, Louisville, until his gut changed his mind the night before.

Maybe the new negotiated pay, commitment to football and the incoming top 25 class played a role too.

Just two full seasons ago, Mike Bobinski canned Darrell Hazell and found the up and coming coach from Western Kentucky, inking Jeff Brohm to a 6 year $20 Million dollar deal. Just over two years later, and he has basically doubled that salary, sitting at a 7 year deal worth nearly $37 Million dollars.