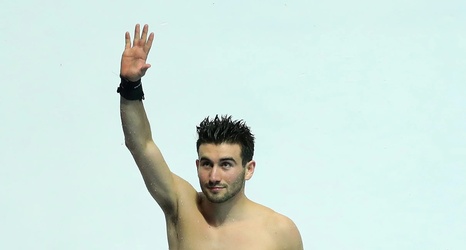 If you want to truly master the art of falling off of a 35 foot high tower and artfully entering the water you come to Purdue. David Boudia won multiple national championships and eventually an Olympic Gold Medal doing this. Steele Johnson won multiple NCAA championships and an Olympic medal doing so. Today, Purdue’s Brandon Loschiavo joined them.

At the NCAA Swimming and Diving Championships today in Raleigh, North Carolina the senior from Huntington Beach, California and three time Big Ten champion closed out his career with an NCAA Championship. His Finals score of 469.05 over six dives in the finals put him ahead of runner up Ben Bramley’s 450.