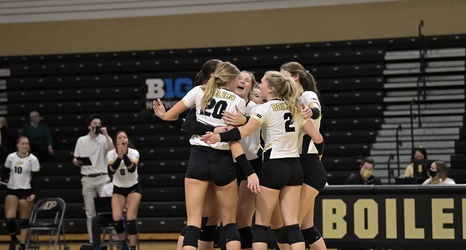 Purdue finished 14-6 in the Big Ten this year as they will make their 22nd NCAA Tournament appearance.

Since the Boilers are a top 16 seed they have a first-round bye since there are no hosting privileges to be had this year. The Boilers will face the winner of TBD in the second round.

The entirety of this year’s tournament will be played in Omaha beginning on April 14 with the first round; second round matches will follow on April 15.