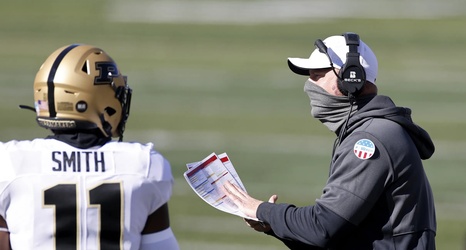 Prediction: Competition to start at kicker

Thoughts: The last name should sound familiar, Edward is the younger brother to former Purdue Kicker, J.D., who could have come back this season. Edward will be in the middle of a kicking battle, which is seemingly up for grabs after his brother chose to not use a free year, mostly due to an injury.

I admittedly do not know a lot on Edward, he took a redshirt last year and did log any stats, but has promise.