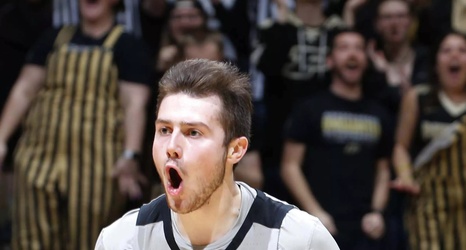 It might be 90+ degrees outside, but it’s time for the basketball countdown already! In just 55 short days the 2019-20 season will tip off in Mackey Arena against Purdue alum Linc Darner and his Green Bay Phoenix. Today’s player might start that game.

For a while we have seen a clear progression at who was going to be Purdue’s top three-point shooter. Ryne Smith begat Dakota Mathias (after a gap) begat Ryan Cline now begat Sasha Stefanovic.