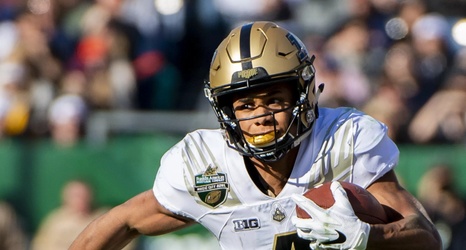 We obviously know the first guy today, but the second player is a very promising freshman.

What else can be said about Rondale at this point? The man went out and did something no other Big Ten player had ever done before in becoming the first true freshman in conference history to become a consensus All-American. This weekend Desmond Howard picked him to win he Heisman Trophy, something no receiver has done since Howard himself did it nearly 30 years ago.