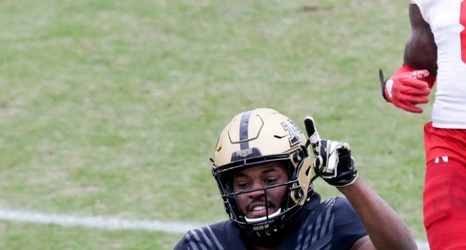 Today’s player was robbed when it came to preseason All-America honors.

David Bell has played in only 18 games at Purdue. That’s just a season and a half. In 10 of them, he has had more than 100 yards receiving. The school CAREER record is 14 by John Standeford. He has the career record for consecutive 100-yard receiving games with five. In just a season and a half (because of only six games last year) he has managed to reach 12th on the school’s all-time receiving touchdowns list with 15, and the record of 31 is within reach this year.