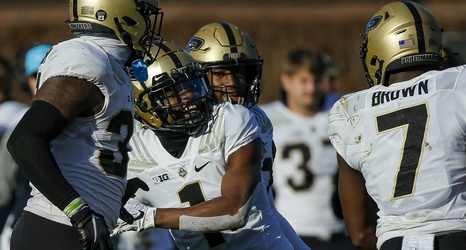 Just two years ago it seemed like Purdue’s dominance over the last few decades in the Old Oaken Bucket series was in danger. Entering the 2019 edition of the rivalry Purdue was in some trouble during Jeff Brohm’s third season. Purdue was just 4-7. There would be no bowl game for the first time under Brohm. The momentum gained from the Ohio State upset a year earlier was dead. Injuries had a large factor in that 4-7. You don’t lose a red hot starting quarterback in Elijah Sindelar and an electric talent in Rondale Moore on the same play and get better, but there were other factors.