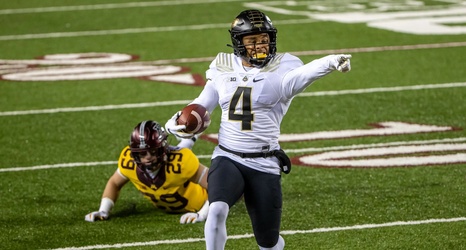 Rondale Moore exploded onto the scene on August 30, 2018 when he broke Purdue’s single game all-purpose yardage record, gaining the vast majority of that yardage in just the first half. We heard rumors he was going to be good, but when he took the ball on a 3rd and 1 jet sweep against Northwestern in that first game and simply left everyone behind for a 70+ yard touchdown we got our first “Holy shit, this guy might be transcendent” moments.

That 2018 season was magical, really. Rondale became an All-American, people were talking about a Purdue player in glowing terms, and the future was bright knowing we had two more years of him before he was off to the NFL.