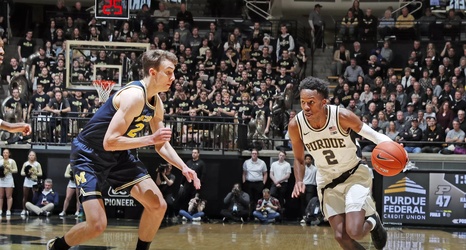 Who was the most improved player in 2019-20? In a year where Purdue regressed from a Big Ten title, 26 wins, and a near Final Four it is hard to say. We unfortunately had some regression in a few major players, one mostly due to injury in my opinion. We had some small improvements in others and some “incompletes” due to a few others playing their first season in West Lafayette. It is almost by process of elimination that we have a “most improved” player, but even in a normal year I think this player stands out.