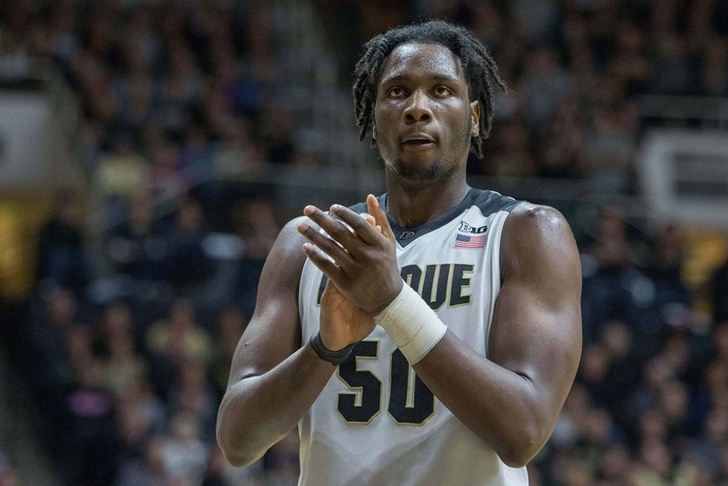 Star Purdue Boilermakers big man Caleb Swanigan announced on Instagram that he is staying in the NBA Draft.

Swanigan is projected to be an early or mid-second round pick, but there is the potential he could get picked at the end of the first round. He had until 11:59 pm ET tonight to make a final decision on staying in the draft or returning to school.

I never talked to the media before I showed loved to my people. I gave everything every night #RNE y'all family forever made it special the 20-20 games winning the big ten y'all made it special. I don't let everybody in my heart but that get it from the dirt blue collar steelo I embraced my entire life. I fitted right in. And idc what anyone says we made Purdue look sexy. We don't need that fabricated bs like the school down south. BOILER UP FOR LIFE ! #50thelegacy #RIP5

He's a tremendous post player and demonstrated improved range this season, shooting 44.7 percent from three-point range. There are questions about his foot speed and ability to defend at the NBA level, but scouts didn't think he'd be able to improve his draft stock all that much if he returned to school.

Follow our Purdue Boilermakers news page for all the latest Purdue basketball news!