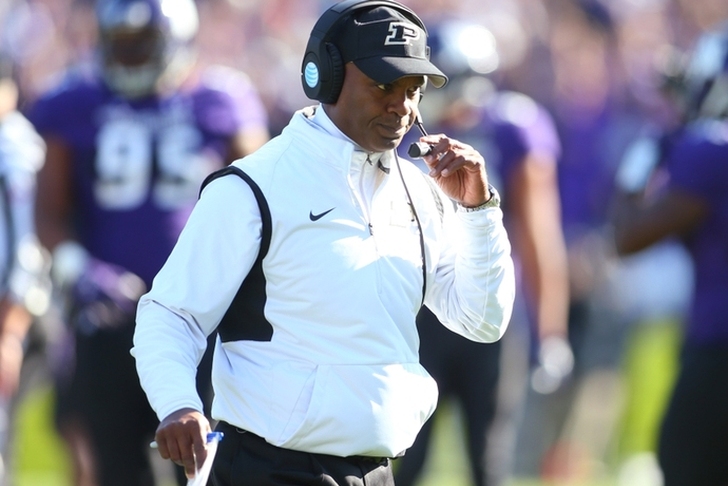 The Purdue Boilermakers have fired head coach Darrell Hazell, according to Nathan Baird of the Indianapolis Star:

The move comes one day after the Boilermakers' 49-35 Homecoming loss to Iowa and three weeks after a 50-7 loss at Maryland in the Big Ten Conference opener.

Hazell was hired as the 35th coach in Purdue history on December 5, 2012, after a two-year stint as head coach at Kent State. He replaced Danny Hope, who was fired after a four-year run that included a 22-27 record and bowl trips in each of his last two seasons.

Hazell had posted just a 9-33 record in three and a half seasons, including a measly 3-24 mark in Big Ten play. He has two years left on the six-year, $12.75 million contract he signed when he was hired, and Purdue is responsible for paying the remainder of the contract.

Follow our Purdue Boilermakers news page for all the latest Purdue football news!