World No. 1 Ash Barty, 25, announces retirement from tennis: 'I'm so happy and I'm so ready' 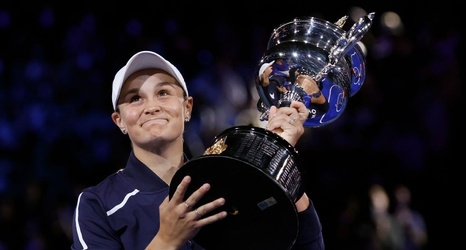 In a stunning move, Australia's Ash Barty, the No. 1-ranked women's tennis player in the world, announced her retirement from the sport at the age of 25 on Tuesday.

Barty said in an emotional video posted Wednesday local time on social media: "I'm so happy and I'm so ready. I just know at the moment in my heart for me as a person this is right.''

The announcement comes less than two months after she won her home Australian Open, her third Grand Slam singles title.

"It's the first time I've actually said it out loud and, yeah, it's hard to say,'' Barty told her former doubles partner Casey Dellacqua in the video interview.