UFC 269: To be the man, Charles Oliveira needs to beat the man, Dustin Poirier 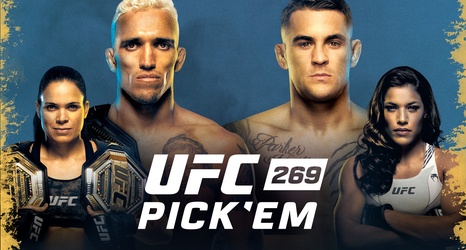 It is true, the UFC's lightweight division has moved on from Khabib Nurmagomedov, as hard as that has been.

It's been more than a year since Nurmagomedov's sudden retirement, and the UFC crowned a new undisputed champion, Charles Oliveira, in May. Nurmagomedov remains happily retired, and there is no indication he will ever come back. So, yes, the division has moved on -- to an extent.

Why hasn't the 155-pound division moved on entirely into a new chapter? There is still one loose end to tie up. And that involves Dustin Poirier.