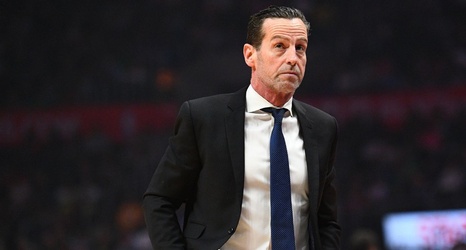 Kenny Atkinson has decided he won't become the Charlotte Hornets' head coach and instead will remain with the Golden State Warriors as the top assistant, sources told ESPN's Adrian Wojnarowski.

Atkinson was offered the job during the NBA Finals, but after further conversations Atkinson was led to believe it would be best to remain with the Warriors.

The Hornets had narrowed their search to Atkinson with Mike D'Antoni and Terry Stotts the other finalists to replace James Borrego, who was fired in April after going 138-163 in his four seasons with the team.