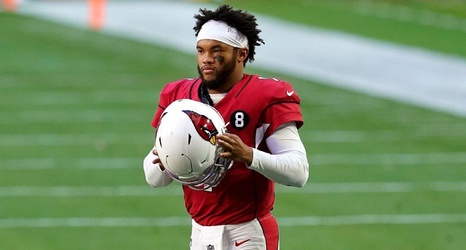 Murray suffered a leg injury late in last week's loss to the San Francisco 49ers, putting his status for Sunday's game in question.

Earlier this week, coach Kliff Kingsbury was "hopeful" Murray would play, but the second-year quarterback put any questions to rest during his weekly video conference call with reporters.

In his first comments since the injury, Murray said he's "feeling good" and that he was hit in the "right spot" on his right leg by 49ers defensive lineman Alex Barrett.