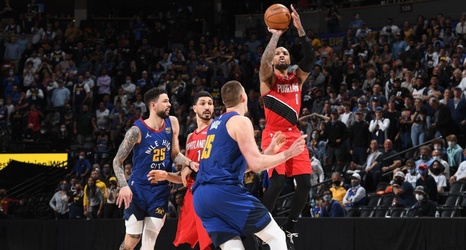 In one of the most electrifying postseason performances ever, Damian Lillard had 55 points and an NBA playoff record 12 3-pointers in the Portland Trail Blazers' double-overtime loss to the Denver Nuggets in Game 5 on Tuesday night.

Lillard broke the record of 11 set by Klay Thompson in 2016 in Game 6 against the Oklahoma City Thunder.