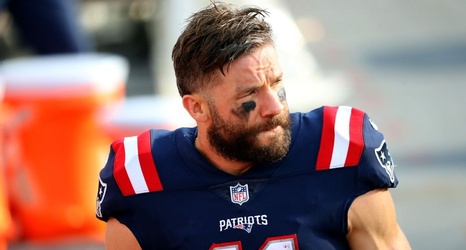 New England Patriots wide receiver Julian Edelman, who is Jewish, posted an open letter to Miami Heat center Meyers Leonard about Leonard's use of an anti-Semitic slur during a recent video game livestream.

In a video that surfaced Tuesday on social media, Leonard can be heard saying: "F---ing cowards; don't f---ing snipe me, you f---ing k--- b----." Leonard apologized in an Instagram post, and he will be away from the Heat indefinitely, according to the organization, while the NBA conducts an investigation.

Edelman posted his letter to Leonard on Twitter on Wednesday morning, inviting him to a Shabbat dinner so they could talk.