Lovie Smith: 'No idea' if Deshaun Watson will be on Houston Texans roster but time 'takes care of everything' 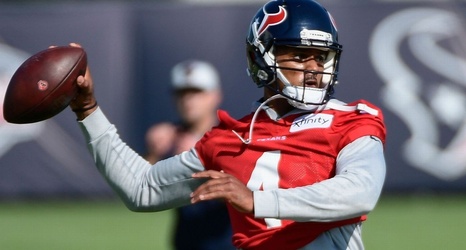 INDIANAPOLIS -- Houston Texans head coach Lovie Smith said he has "no idea" if quarterback Deshaun Watson will be on the team's roster next season, but that he thinks both parties will eventually "benefit from the situation."

Watson, who requested a trade from the Texans in January 2021, faces 22 civil lawsuits with allegations of sexual assault and inappropriate behavior. He reported to training camp last July, but did not play for the Texans last season. The quarterback was a healthy scratch for all 17 games last season for Houston, but collected his $10 million salary.