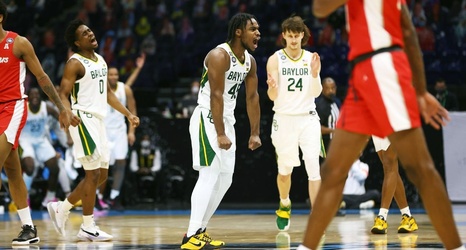 INDIANAPOLIS -- By halftime of his Baylor's 78-59 win over Houston in the Final Four on Saturday, it was clear the two programs, one from the Big 12 and another from the American Athletic Conference, were operating on two different levels.

Baylor's 45-20 edge entering the break was the largest halftime lead in a Final Four game in 18 years and the fourth-largest in Final Four history, according to ESPN Stats & Information research. Marcus Sasser had scored 17 of his team's points at that juncture. The rest of the Cougars had combined to record just three by halftime.