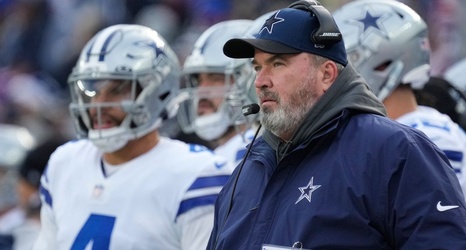 Coach Mike McCarthy will make his first trip to Green Bay to face his former team when the Cowboys visit the Packers in Week 10 this season.

The NFL on Wednesday announced the Cowboys-Packers matchup for Nov. 13 ahead of the full 2022 schedule release Thursday.

McCarthy served as Green Bay coach for parts of 13 seasons and guided the Packers during their Super Bowl-winning 2010 season. He was fired in December 2018 and hired as the Cowboys' head coach 13 months later after a one-year hiatus from coaching.

This will be the teams' first meeting since 2019.